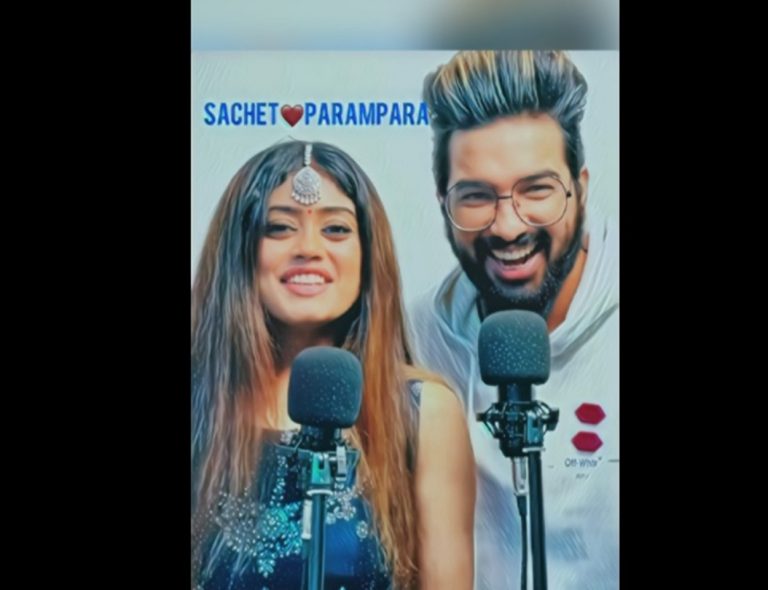 “Meera Ke Prabhu Giridhar Nagar” these days you must have heard this song. Nowadays, this song is going viral on social media from the Sachet Parampara Youtube channel. In today’s blog, we will talk about the very attractive and viral content of Sachet Parampara. Do you know that in the past, Meera Ke Prabhu Giridhar Nagar of Sachet and Parampara has gone viral very fast and is still happening and people are liking it very much and posting it on their WhatsApp, Instagram, and Facebook stories? Today’s blog helps you to know about the social Media Sensation Sachet Parampara

Who are Sachet Parampara ?

Some people are referring to Sachet Parampara as the icon of tradition. However, some are guessing both as brother and sister. But it is not like this at all, the social media sensations are husband and wife, the husband named Sachet Tandon, and the wife name is Parampara Thakur. The pair of these two is known as Sachet-Parampara. Both Sachet and Parampara are Indian singers and music directors, of whom Sachet Tandon hails from Lucknow, Uttar Pradesh, while Parampara Thakur is from Delhi.

So as I told you both of these are very good singers and also music directors. Moreover, you people know that the song in Kabir Singh movie was ‘Bekhayali Mein Bhi Tera hi Khayal Aaye’ given by these two Sachet-Parampara and this song became a very super hit. You must have heard the song which was performed by Nora Fatehi, “Chhod Denge”. This song is also sung by Sachet-Parampara in their own voice. Also, Sachet Parampara has lent its voice to songs in various movies like Toilet Ek Prem Katha.

Know About the Journey of the social media Sensation Sachet-Parampara

So let us tell you about the journey of these couples. You would hardly know much about the lifestyle of Sachet-Parampara and you would not even know that both Sachet and Parampara have participated in the Indian reality show, Voice Of India. And in this show, they had reached the grand finale and from there they were introduced to each other but when the season was over, the meeting of these two also stopped. Also, both of them were not in contact with each other. But we don’t know what is there in our destiny, so as both of them.

Once Professional singer Mika Singh had organized a party and invited both Sachet-Parampara to his party. At the party, both of them met again and gradually became very close friends of each other. Now they also started performing in singing shows together. You must have heard a bhajan song that is going on trending titled “Mera Ke Prabhu Girdhar Nagar”, and this viral song of sachet-Parampara has been watched by millions of people on YouTube for about 3 days on YouTube of Sachet and Parampara. There are about 600000 subscribers and the name of their youtube channel is Sachet Parampara. Now they both are trending on social media and their followers are increasing regularly.