Famous Incidents that will make you believe in Time Travel Theory 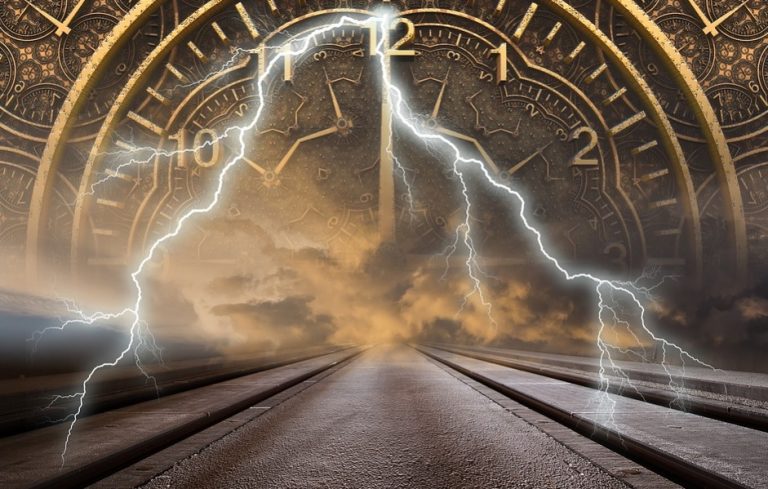 ‘Time travel Theory’ or traveling from one time to another is a subject on which there are many differences among scientists. However, Albert Einstein and Stephen Hawking, the two most important scientists working on time, gravity, and space, never ruled out its possibility. Einstein’s ‘General Relativity Theory’ and ‘Special Relativity Theory’ also consider it possible in many ways.

What does Einstein say on time travel theory?

Those of the twins who are present in the spaceship have less age than the comparative room. Einstein has even said that it is possible to disturb time by tampering with gravity. Although both scientists have believed that the human body will be able to withstand time travel, it is very difficult to say.

In 1995, a match was played between then-famous boxer Mike Tyson and Peter McNeeley. This match was a normal boxing match but when its footage was watched carefully, everyone saw something strange in it. It is clearly visible in the footage of the match that a man is taking pictures of Tyson from a device like a smartphone, whereas at that time it was difficult to imagine smartphones other than very large and antenna phones. This footage was investigated but no tampering was found in it.

In 2013, a discussion about a man of the same name was hot in New York’s Wall Street. This name was Andrew Carlson, who started with an amount of $ 800 and made nearly 24 billion rupees in two weeks of trading. Following the complaint, the police arrested Carlson on charges of inside trading. Carlson told the police that it was the public that the stock would go up because he has come since the year 2256. The police did not take his words seriously. The case continued on him and after about a month he came out on the vine. A few days later, he and the person who made his bail disappeared. No evidence or records were found for either of them.

There are many such incidents in the New York police records that are difficult to say clearly. In 1950, a man with hair and clothes from Victorian times appeared on Wall Street. He was worried and was staring at everyone. He was on the road and stared at the car coming from the front as if he had seen it for the first time. A few seconds later, he died after colliding with the same car. From this man’s pocket, the police recovered a few rupees used in the 19th century and a letter of 1876 and a business card with his name written on it was Rudolf Fentz. After scrutinizing the police records and finding a man of this name, it was found that in 1876, a man of this name disappeared from his house under mysterious circumstances.

This is considered to be the most certified photo ever in terms of photographs related to Time Traveler. This photo was taken during the inauguration of the South Froak Bridge in British Columbia in the year 1941. A young man has seen in this picture whose style of dressing is quite different from the people standing nearby. He is wearing a graphic t-shirt and black sunglasses, he also has a thing like a modern DSLR camera. Let me tell you that these three things were not invented till then. This photo has also been investigated and no tampering was found.

Charlie Chaplin’s silent film ‘Circus’, released in the year 1928, proved to be a hit. Years later, when a fan was watching it, he saw a woman talking on a mobile phone-like device in a scene in this film. Later, this scene of the film was screened in many ways and the footage was found to be clean. Those who were in favor of time travel treated it as a message sent from the coming time. However, no strong evidence could be found of this.

Cracks shown from the Study of Moon Shocked Scientists