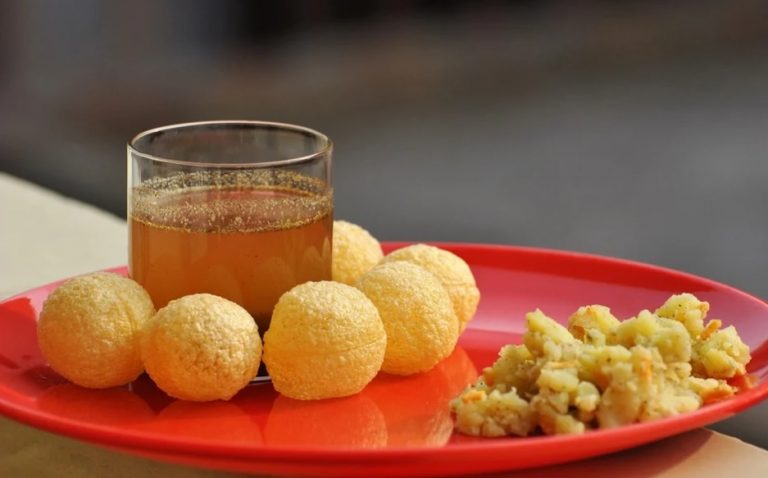 PaniPuri is one of the most famous street food of India. People of almost every gender, age, and cultural are almost a fan of Panipuri. It’s like a ball full of Jal jeera water and aloo stuffing inside it. Although it can be molded as per the region. But still, the love and craziness for Panipuri remain the same all over India. Also, it comes in Aata and Sooji variant along with the spicy water as per your preference. Someone uses the spicy version of Panipuri while someone likes the less spicy version of Panipuri. Moreover, as the variant of Panipuri is different in different parts of India so as its name. You can find it with many names at different places. So, we are making you aware of the different names of Panipuri that is popular in India.

Various names of Panipuri in India

This is the most common name popular in the region of Maharastra, Karnataka, Gujarat, Tamil Nadu, and Madhya Pradesh. Also, this version is round, hollow, and crispy puri served with tamarind Chutney, flavored water, potato, chickpeas, chat masala, and onions inside it.

It is known as Golgappe in Punjab, New Delhi, Bihar, Haryana, Madhya Pradesh, Jammu & Kashmir, and almost every place of our neighboring country Pakistan. This tangy water puri is famous over North India with this name.

In Bihar, West Bengal, Jharkhand, Eastern Indian state, and in Bangladesh, it is also known as Puchka. Moreover, this version includes boiled gram meshed with potato inside the Puri along with the Spicy water.

Similar in taste as of Golgappe, This name of Golgappe is quite famous in the region of Haryana and Rajasthan.

Served with water of green chilies and mint, Stuffy and Spicy Pakodi is the name given in the region of Kutch and some parts of Gujarat.

Patashi or Bataashe is the name popularly famous in some regions of Rajasthan and also in Lucknow. Also, this is known to be a spicy version of Panipuri.

Golgappe is also referring to as Phulki in the eastern part of the U.P.

In South Jharkhand, Odisha, and Hyderabad, it is also known as Gup Chup. The reason is the sound of bursting inside the mouth while eating.

Originated from Varanasi, it is the English version of Golgappe.

Golgappe is known as Tikki in the Hoshangabad region of M.P. It is served with tangy water and filled with potatoes.

Padaka is the famous name of Panipuri in Aligarh.